Equipping computers with intellectual abilities –
this is the work of an AI researcher.

With the world's attention on artificial intelligence (AI), not a day goes by without hearing about it. AI was first defined in 1956, and pioneering research was conducted by mathematicians such as Alan Turing. At the time, scientists tried to make computers used mainly for military technology such as ballistic calculations that were capable of intelligence. Since then, AI has made great strides as a result of more than half a century of research. This includes the emergence of AI which surpasses humans in some abilities.

Akiyuki Tanizawa of Toshiba Corporation is a researcher involved in the study of visual information processing technology, which is one of the fields in AI research. 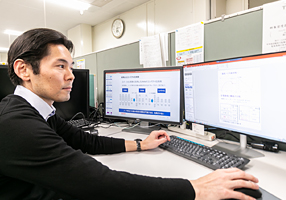 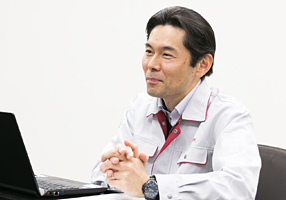 Student days spent in a quiet computing room,
immersed in research with friends

The first time Tanizawa encountered information processing was in 1990 when he was in the sixth grade. At a time when personal computers weren't common in homes, there was one computer in his elementary school. Using that computer, he came up with the idea of creating digital art using 16 colors on a 256x256 pixel canvas. He entered that piece into a computer program exhibition held by the Board of Education, and it won an award for excellence. “That was a simple piece, more like a pixelated picture, but I found the process of producing something with a computer very creative,” he explains.

Tanizawa wanted to major in information processing at university, and because his older brother studied architecture at Tohoku University, he included it in his list of prospective universities. Given its highly-acclaimed track record in information processing research, he decided to apply to Tohoku University's School of Engineering. At university, he spent his days devoted to research, with his friends in a computing room at the edge of the School of Engineering campus. Looking back, he says, “What I appreciated the most was the fact that I could work on a computer in a very quiet environment.” After entering graduate school, he joined a lab studying applied mathematics and physics, and worked on research into “video image processing using statistical physical methods.” He explains, “I was doing research on how to apply statistical physics and thermodynamics to image processing. I was able to conduct advanced research such as implementing an algorithm that automatically detects moving bodies in video images on a basic neural network.” 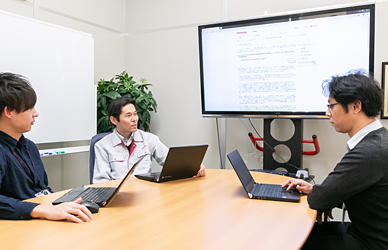 “I'd like to develop technology that's used worldwide.”
Aiming for adoption into international standards

After receiving his graduate degree, he decided to apply for a job at Toshiba Corporation because he met an employee there who was a graduate of Tohoku University and an expert on image processing. Tanizawa was told that he could conduct international standard-level advanced research in video image processing at Toshiba, which made him want to work for Toshiba. He says, “International standards are used in the development of all kinds of products such as TVs, video players, and software by manufacturers worldwide. The adoption of something as a standard means that it's a versatile, high-performing technology, and that it is proof that it's the best technology in the world. I really wanted to be involved in research on that scale and level.” Through technological development at Toshiba, Tanizawa has already achieved the honor of having his work adopted into international standards. That work was the image compression technology for reducing data-heavy images such as 4K TV images as much as possible for transmission. “This technology enables high precision “predictions” which were conventionally difficult to do, allowing us to succeed in greatly compressing image data,” he explains. He also says the most rewarding part of his work is taking part in research that ends up as something of actual utility to the end user. He explains, “On the one hand, I'm a researcher, but on the other, I'm also a user of products in my daily life. No matter how new a technology is, whether I actually want to use it is a different matter. That's why I think technology that's new and used widely is a wonderful thing.” 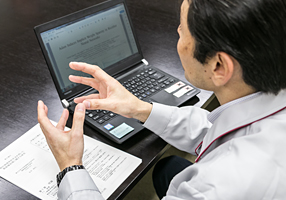 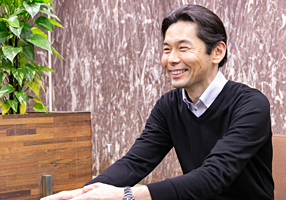 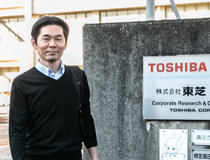 Graduated from Yamanashi Gakuin Senior High School in 1996. Graduated from the Department of Communication Engineering, School of Engineering, Tohoku University in 2000. Proceeded to the Computer and Mathematical Sciences Department, Graduate School of Information Sciences, Tohoku University. Completed his graduate degree in that department in 2002, and joined Toshiba Corporation's Corporate Research and Development Center in April of the same year. Worked on the research and development of image coding and image processing. Started working on the research and development of analytics AI at the same Center in 2017, and became a visiting researcher at RIKEN Center for Advanced Intelligence Project (AIP) (current position). Received an Invention Award at the 2018 National Commendation for Invention sponsored by the Japan Institute of Invention and Innovation.