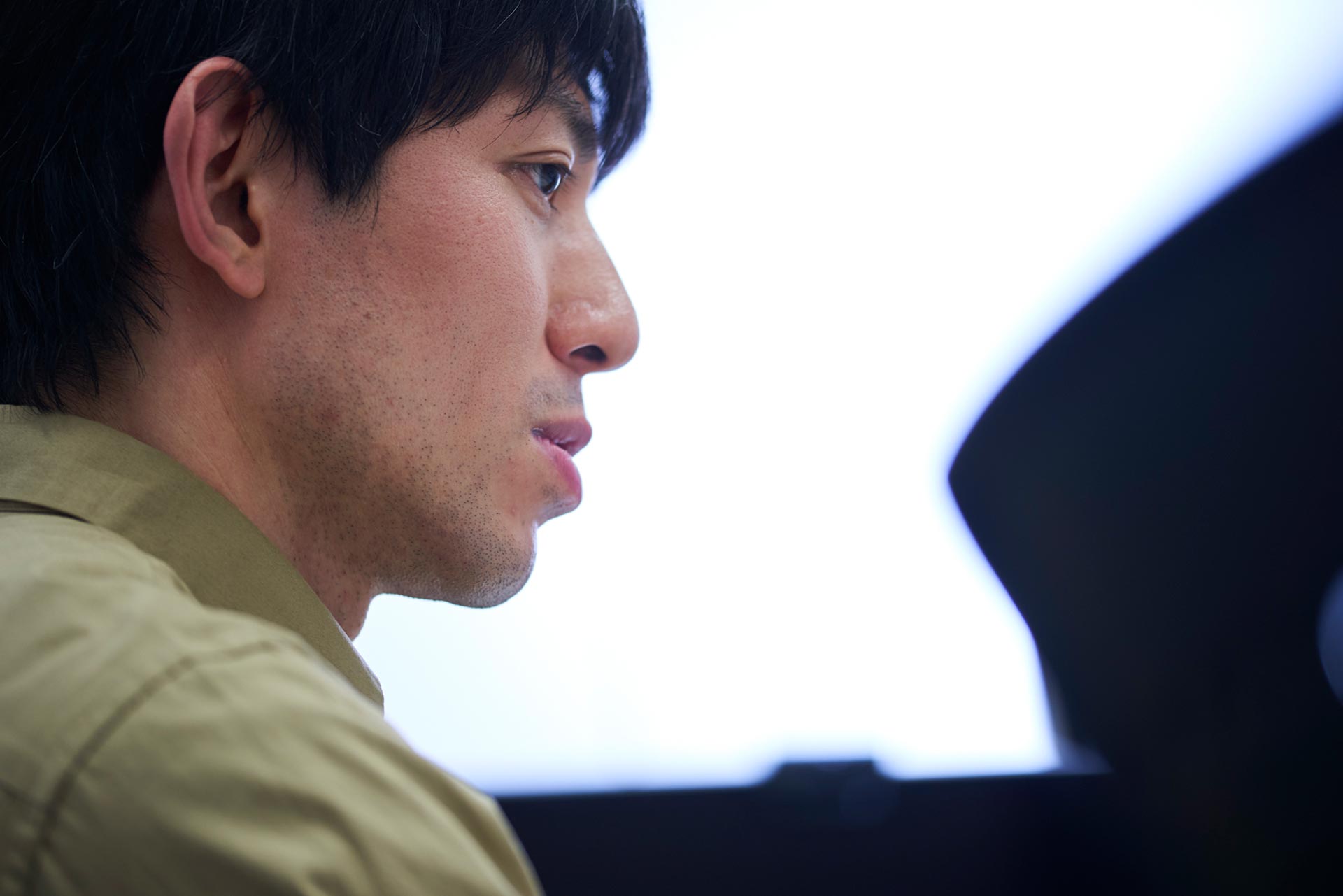 A turning point came twoyears after joining thecompany
“Why don’t you give it a go?We think you can createsomething interesting.”

Zen Brush, one of the most popular apps for tablets including the iPad; AR Missile, a hit, easy-to-use AR (augmented reality) app for smart phones; Pencil+, a line drawing tool that has become indispensable in the field of animation. These were all produced by P SOFTHOUSE Co., Ltd. (PSOFT), a company in Sendai, Japan, acclaimed for its innovative ideas and technological expertise. At the center of this company’s research and development is Takuma Kudou who works as the principal research engineer and is a graduate of the Department of Electrical Engineering, School of Engineering, Tohoku University. He joined the company just after he graduated. He recalls how he felt at the time: “I was not so serious in my approach to job hunting; I was just hoping to join a game company using my programming and computer music skills. Right after I entered university, I interned at PSOFT, and through that connection, they offered me a position. I decided to join the company because among all of the game companies in Sendai, they were the ones that created the most well-known games.” Initially, Kudou was part of the development team for PlayStation games. But 2002, two years after joining the company, became a turning point for him. With the goal of moving away from being a game company subcontractor, PSOFT decided to pursue development of its own original products. He says, “At the time, I was chosen as the person in charge of development. Developing original products requires advanced skills such as an understanding of math and physics. They told me, ‘Why don’t you give it a go? We think you can create something interesting.’ That encouraged me to take up the position and take on new challenges as a research engineer.” 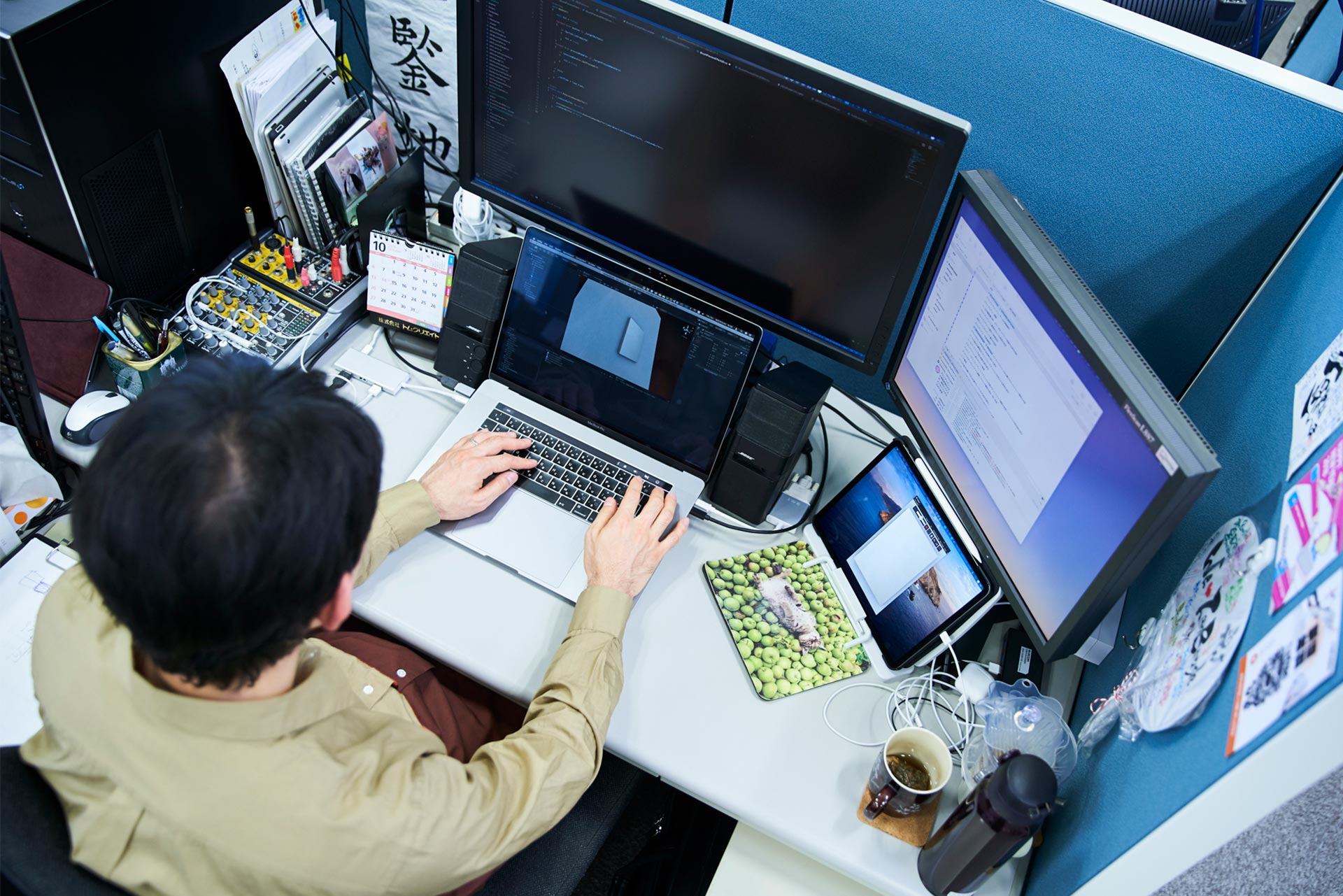 Kudou says he is grateful for the considerable freedom given to him as a researcher. He first worked on the technological development of CG software (Pencil+, etc.) and audio signal processing (VOID Modular System, etc.). Regarding the background of why Pencil+ has become widely used in the animation industry, Kudou says, “There had been software that had the same functions as Pencil+ before, but all of them were made overseas. Even though Japan is the biggest producer of animation in the world, the software used came from overseas, which didn’t make sense. Animators in Japan adopted Pencil+ because they saw our desire to produce software that matched their needs.” In the field of audio signal processing, which was another part of his research and development work, his research experience at the Biological Computing System Lab, to which he belonged during his university days, has been helpful. The theme of his research in the School of Engineering was “A Study on the Echolocation of Arbitrary Objects” with a focus on bats. To detect objects such as obstacles and prey, bats send out ultrasonic waves from their mouths. Drawing on this mechanism, Kudou investigated what kind of information was needed to express an object’s shape through sound. In such research, data is often merely a series of numbers, but his simulation technique utilizing his knowledge of programming was unique and distinctive. He says, “When I built a simulation program that moved graphically, everyone at the lab was amazed and thought it was great. The program that I built was being praised by people whom I admired for their intelligence. The happiness and excitement I felt at that were so great that my desire to pursue a future in creating games grew even stronger.” 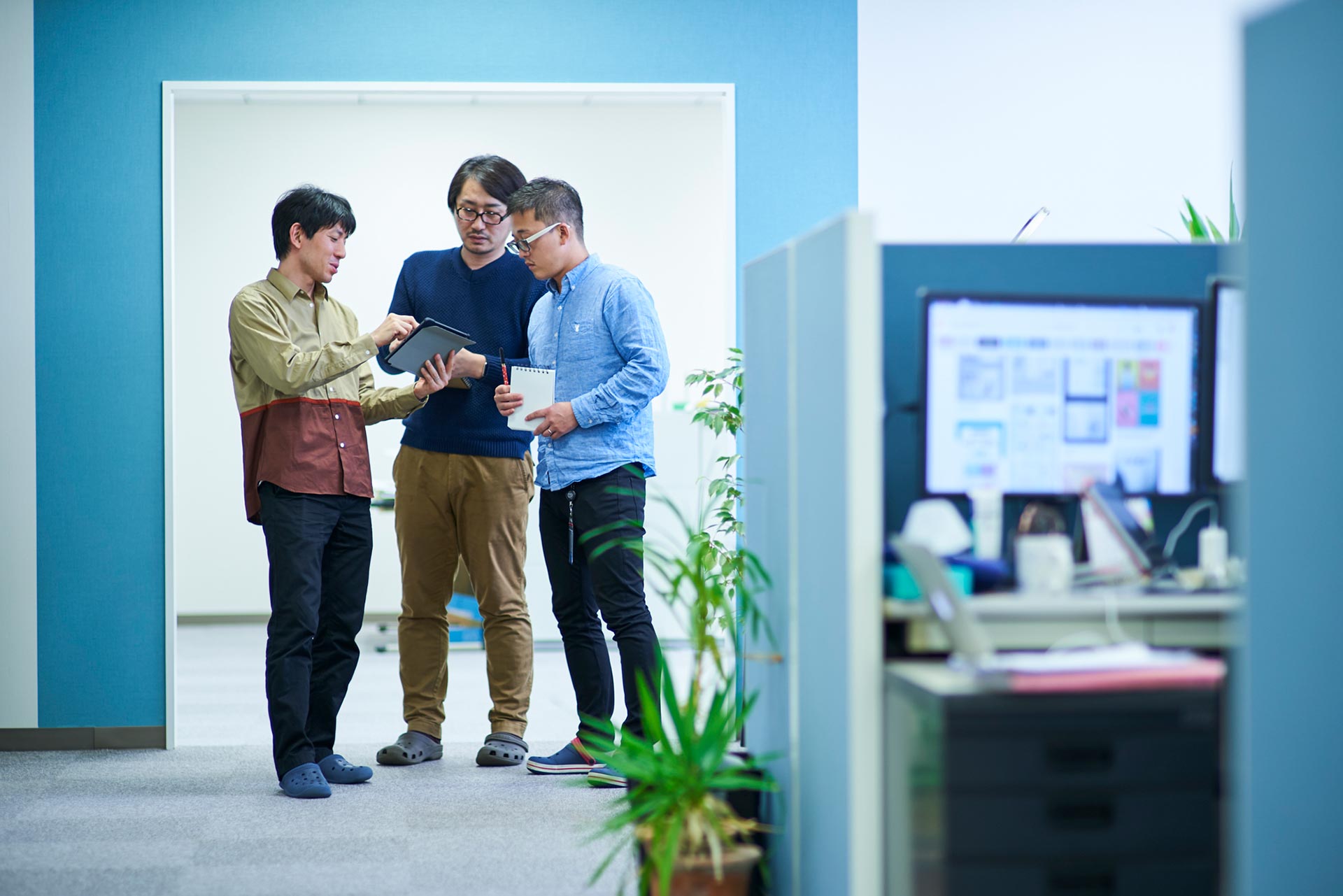 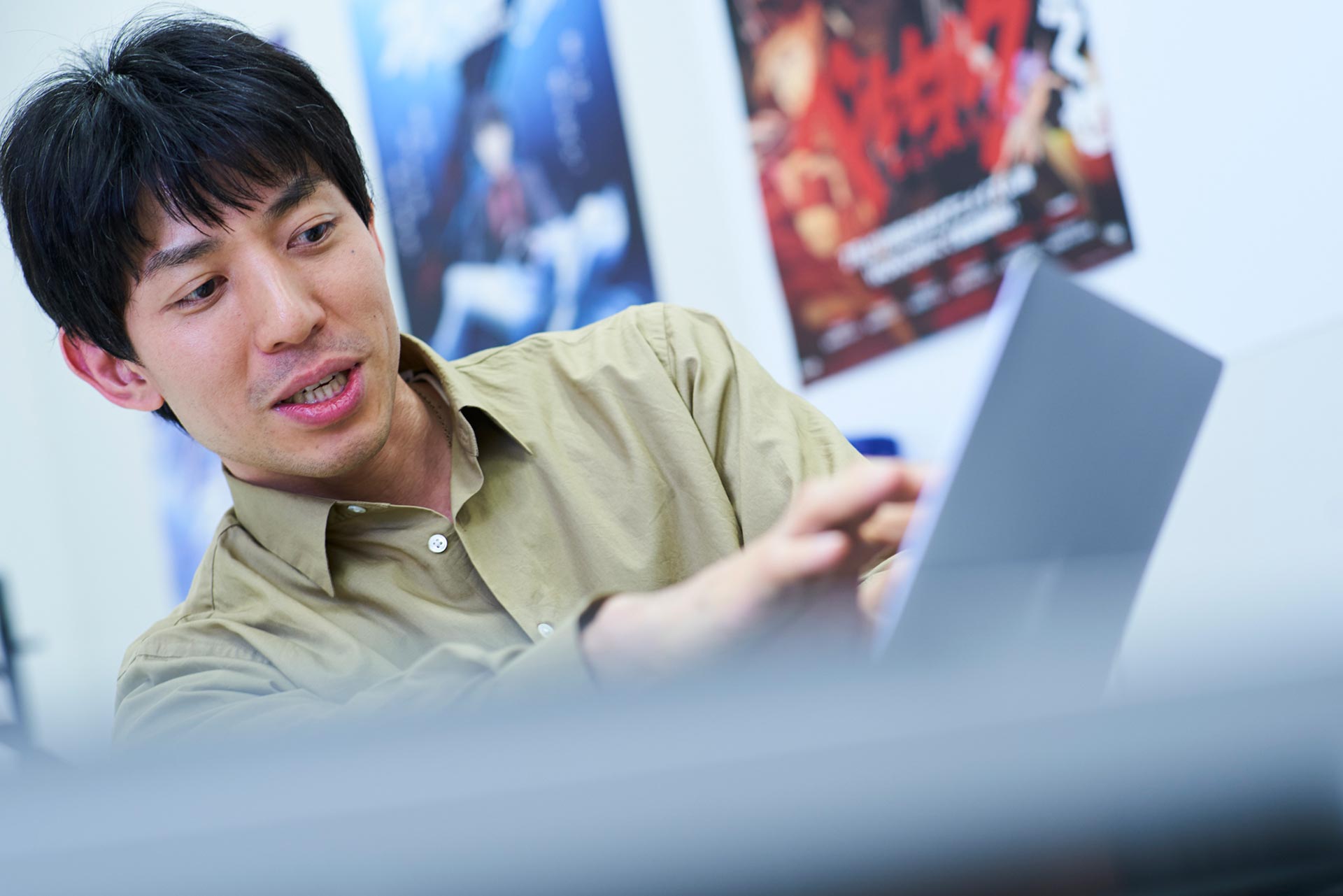 The excitement ofseeing computers work
as you program them to
“Someday, I want tocreate a gameon my own.”

Kudou’s first encounter with programming dates back to his kindergarten days. His father, who liked new things, bought a home computer called MSX. Seeing his father operating it made Kudou interested in it too. He explains, “There was a book of programming codes, and I typed in those codes and created an addition game. That was the first game I created. It was a really simple game where you would type numbers to add and it would display the answer. But the fact that you could make a computer work at will through programming, for example, changing the screen’s color by entering the command to change it, was exciting for me. By the time I was in elementary school, I could already make simple games such as a game where a character jumped to avoid an enemy with the press of a key. When I showed it to my friends, they were amazed and happy. That motivated me, and made me go into the world of games.” Kudou played table tennis in middle school, and did karate in high school. His studies also became harder, so he had less time for programming during those years. But he also became engrossed in role playing and fighting games on his PlayStation. As he played these games, his desire to create a game on his own grew stronger and stronger. When he was deciding on his future after graduating from high school, he seriously thought about polishing his programming skills at a game-related technical school, and then work in the game industry. 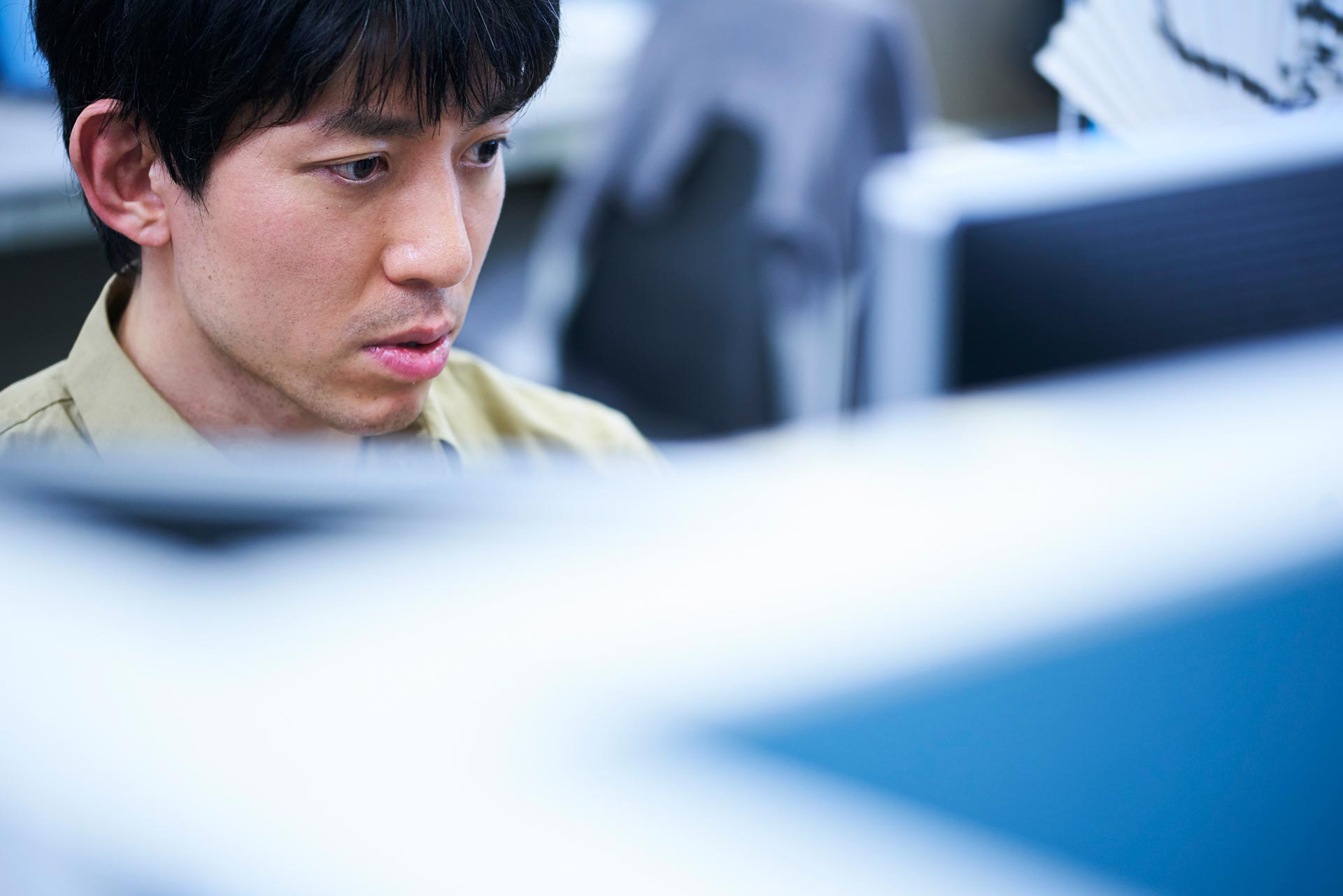 Those around Kudou encouraged him to go to university because he would only learn about games at a game-related technical school, so he chose the Department of Electrical Engineering, School of Engineering, Tohoku University. He says, “I wanted to learn from a wider perspective that included not only programming, but also math and physics at Tohoku University, which I thought was an advanced, technically sophisticated university in the fields of semiconductors and information and communications. In retrospect now, I feel that I made the right decision to study for four years at university. There are many fields in the game industry, such as CG and app development, but there are many things that cannot be done through programming knowledge alone. For example, when a character moves or jumps in a game, you need physical calculations to determine its trajectory accurately. So, the range of work that you can take on depends on whether you have knowledge of physics and math.” Kudou says that aside from the basics he learned through university lectures, most of his programming skills are self-taught. As a place to hone his skills, he chose to join the club at university called Micomprocedure, where students who liked computers gathered. He says, “It was a famous club known for advanced technical capabilities. I was mainly in charge of programming and music, and whenever I made something new, my friends were surprised and delighted. Their reaction became a new driving force that made me progress to the next step. You could say that my experiences at the club were the starting point of my career.” New developments in software can only happen after the evolution of hardware. New development opportunities may arise if there is an explosive proliferation of hardware in the fields of AR and VR such as what happened with smart phones. Kudou says that researchers in the private sector are under constant pressure to “achieve results.” But he says, “When I feel that pressure, I tell myself ‘I’m a genius, leave it to me.’ That’s how I inspire myself and avoid letting those around me sense that I am under pressure. Game and app development is my calling. The mission of those in the entertainment industry is to surprise, please, and make people happy – that’s precisely why this job is interesting and rewarding.”