“Our future lies in new discoveries” Learning from great teachers to be a world changing researcher.

The IBM Research Laboratory in Zurich, known as the birthplace of nanotech, is a gathering of over 250 scientists from all over the world. The center has been awarded the Nobel Prize twice, and from May this year, a Japanese researcher joined their ranks. In his thirties and at the forefront of condensed matter physics in semiconductors, Makoto Kohda is an Associate Professor at the School of Engineering, Tohoku University. He first became aware of the world of semiconductors through television as an elementary school student and, captivated by Tohoku University’s pioneer status in the semiconductor materials field, enrolled at the school. He completed his PhD studies at the same department he now works for, giving him what you might call a “pure Tohoku education.” “I think the reason where I am today is because of the support and stimulation I have received from great teachers, and continue to receive after nine years, also from my friends.” Associate Professor Kohda is about to take the stage at a world-class research center. He has met and formed deep bonds with fellow students and great teachers along the path to his future. 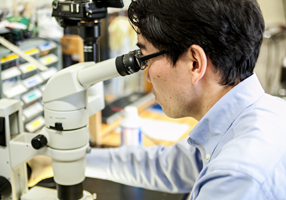 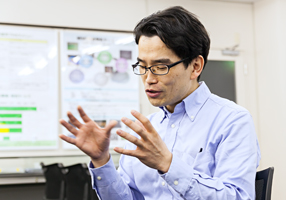 Materials research at his dream school — Tohoku University. Leaving his hometown of Tokyo and coming to Sendai alone.

I am sure many of you must have been frustrated by slow video or audio at one point in your lives. Or how about when you had to delete photos, videos or music data to free up space on your computer or mobile phone? Recently, thanks to continued yearly improvements in both processing speed and memory capacity of electronic devices, we don’t have to worry so much about speed or data storage any more. Advances in processing speed and memory capacity have made our lives richer and more colorful. At the core of the architecture of these devices is research into “semiconductor spintronics,” Associate Professor Kohda’s specialist field. “It all started when I watched a special feature about semiconductors on TV as an elementary school student. Of course, I didn’t understand it well because I was only a child, but I remember that the atmosphere of the research lab was like a submarine. I thought it was really cool and interesting. That research lab was at the School of Engineering, Tohoku University. It really left a strong impression on me, and even once I got to high school age, joining Tohoku University, a leader in materials science including semiconductors, just seemed like the natural thing to do.” Associate Professor Kohda is originally from Tokyo, and everyone was surprised to hear that he had decided to go to Sendai instead of continuing his studies at a university there. However, he couldn’t give up his dream of studying at Tohoku University, a driving force behind research into semiconductor properties. 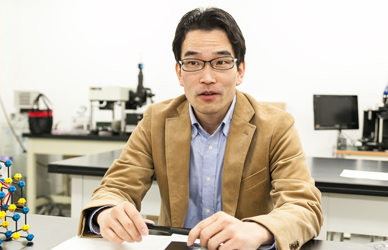 Associate Professor Kohda had already decided he was going to complete a doctorate degree by the time he enrolled as a graduate school. “I spent my third undergraduate year studying abroad at UC Santa Barbara. My American classmates would stay up until late at night studying and it made me realize I’d have to work much harder in order not to be left in their dust. So when I returned to Japan I decided to get a doctorate degree”. He met blue light-emitting diode researchers at Santa Barbara and became fascinated with researching light emitting devices used in semiconductors before returning to Japan. He also knew “spin”, fundamental property of an electron, at the research lab, the concept that gave birth to his current research. “Spin is the rotational movement of electrons and one of the fundamental properties that forms the basis of magnetism. However, properties of spins were not really considered relevant in the semiconductor field for a long time. Semiconductor spintronics came out of a combination of spin and electronics (including semiconductors). Although it is a young, barely 25 year old field, it has already given us practical technologies, and currently the main theme of research in the field is high performance computers and memory.” When he was studying at university he had some really positive results during the first year of research, but the road to the second year wasn’t as smooth. Nevertheless, thanks to the support of those around him, he did not get disheartened. 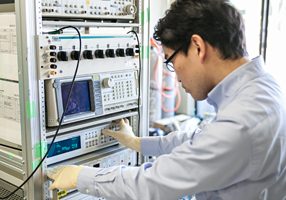 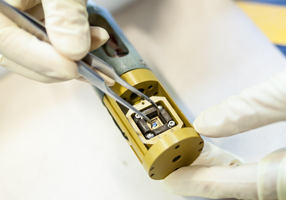 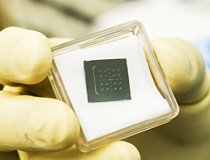 2001, graduated from the Course of Electronic Engineering, School of Engineering, Tohoku University.
2005, completed the Department of Electronic Engineering, Graduate School of Engineering, Tohoku University.
Current research area of interest is electrical spin creation, control and detection using spin-orbit interaction. Awards he has won include: the “JSAP Young Scientist Oral Presentation Award” in his first year of graduate school research, the “Tokin Foundation for Advancement of Science and Technology Research Award” in 2010, and the “Honda Memorial Young Researcher Award” in 2014.

Department of Materials Science and Engineering