Main Campus of Tohoku University is located in Sendai. Sendai is the largest city and the center of Tohoku district. It is about 350 kilometers north of Tokyo, a less than two-hour bullet train ride from the metropolis. 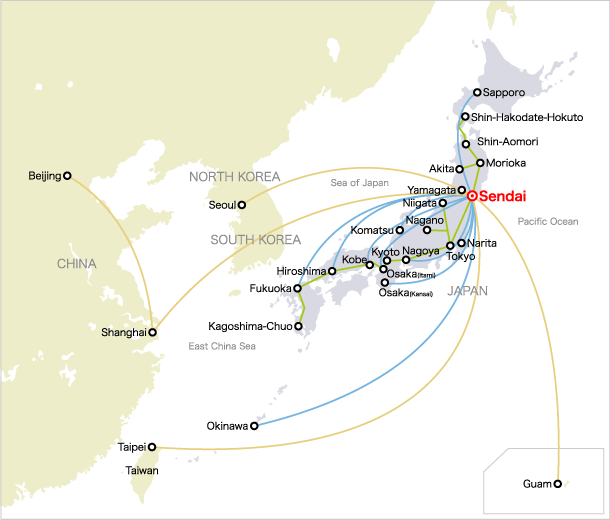 Sendai Airport is located in Iwanuma, about 15 km south of Sendai. You can take the railway (Sendai Airport Line) to JR Sendai Station from the airport. The railway fare is 650 yen (as of 2017). There are domestic flights from main cities in Japan (Sapporo, Nagoya, Osaka, Fukuoka, Okinawa and others). International air services are available from Seoul (Korea), Guam, and various location in China (Shanghai, Dalian, Beijing and Changchun).